The gate to the city 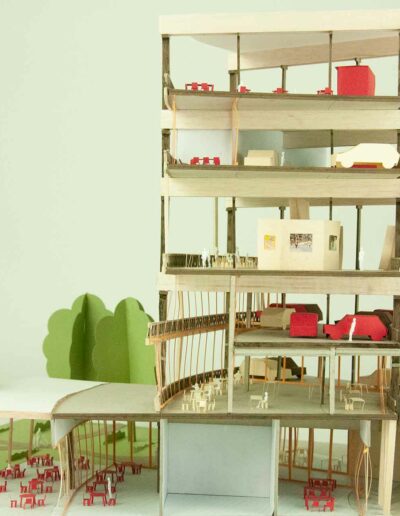 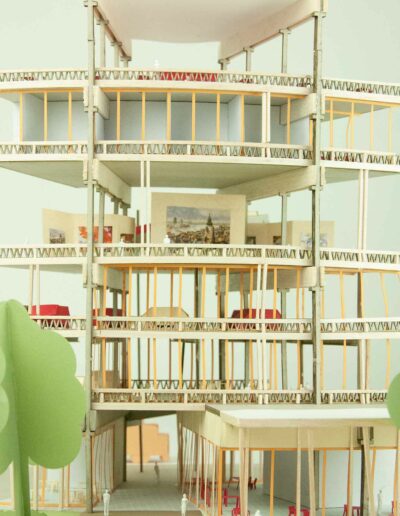 Singel-transferium-park: potential of the park 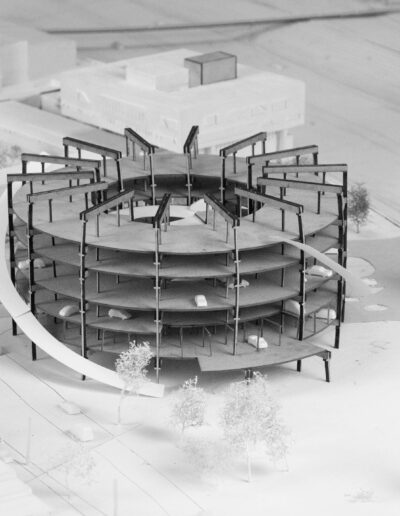 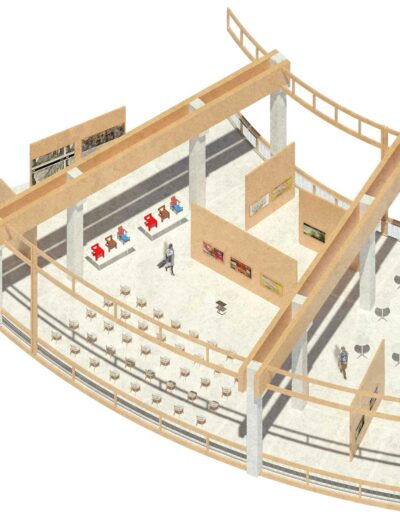 The ‘green room’ of the Singel

Circle has no front and back only the side: creating a machine

The gate to the city

When the highway was just build, the edge of the cities became an escape place for the people. A lot of infrastructural cinema’s, parks, offices were built near our highways. But how can we design a place of transition where the landscape of the car becomes the landscape of the people? Park and rides stimulate the people to leave their car behind and switch their method of transportation to the bike, the bus, the tram or to go further by foot. But park and ride buildings give the opportunity to become a place of stay and recreational activities. Eventually becoming a transferium that not only becomes the gate to the city but also the gate to the nature. This transferium functions in both ways.

This project stands next to the Singel and the bridge of the Jan Van Rijswijcklaan. This is a place where traffic is the engine of the city. The building will connect with both the Singel and the park, functioning as the ‘green room’ of the Singel and its exhibitions. While also being a mobility HUB for the busses that leave the city, a motel for temporary stay and a restaurant that connects to the park. A real place of transition around the ring of Antwerp.