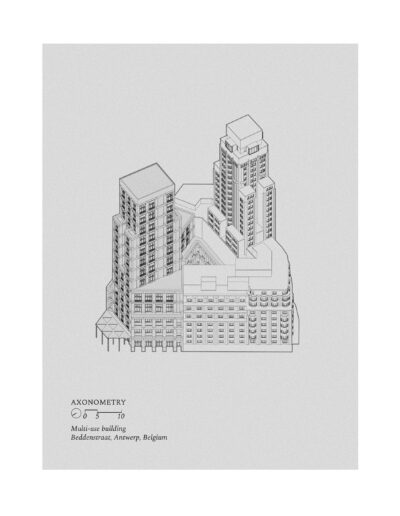 axonometry: the new tower as a brother of the adjacent tower (de Boerentoren) 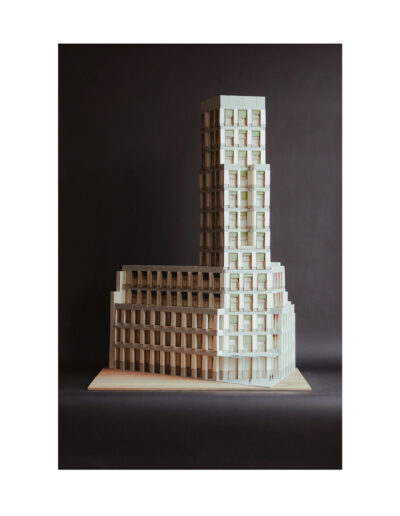 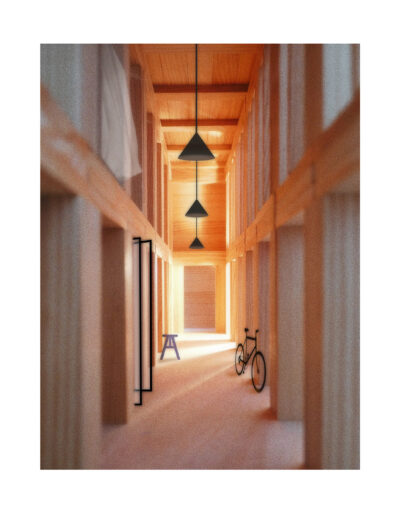 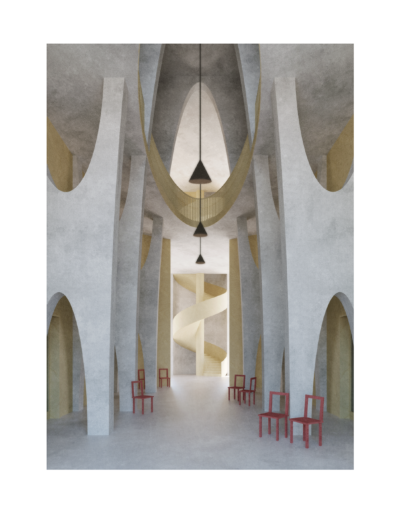 render from the lobby 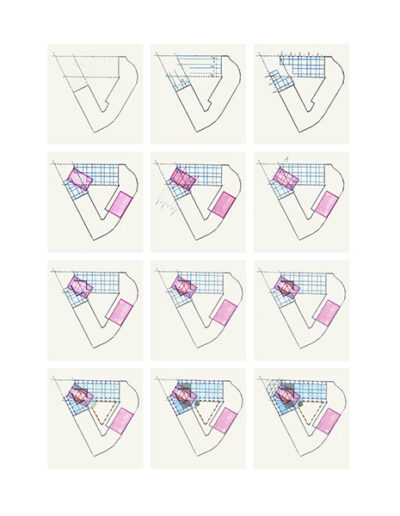 chronological formation of the plan as a clash of formal patterns

When architecture becomes a formally coherent whole, where each element stands in relation to the other, then an adaptation to the formal whole can be considered a disruption. Consequently, the quest for formal harmony in buildings -that is to say that every part is connected and not changeable- is in opposition with the quest for adaptability in buildings -that every part is independent and changeable.

From this we could ask the following question: how can a building become more adaptable and at the same time preserve a sense of formal harmony? This question led me to the idea of a building as a collision of formal patterns. If a building is conceived as a set of architectural elements (facade, structure, volume) that have their own life span and inherent laws, then formal harmony could be sought after separately for each element.

When formal harmony is sought after by giving every architectural element its own formal system/pattern/rules, then the building becomes a collision of formal patterns. In other words, the compository rules for one element will have to compromise with the compository rules of the other. The architecture happens in the collision of formal patterns.