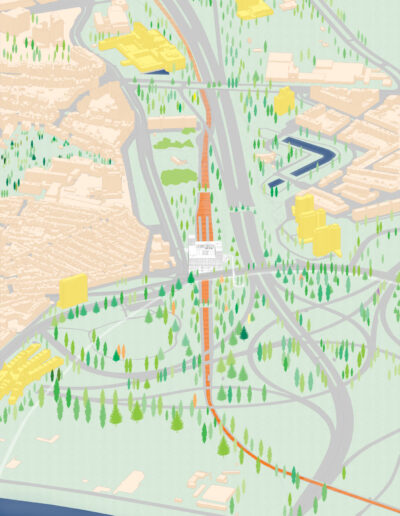 One of the many pebbles in the ‘green river’ 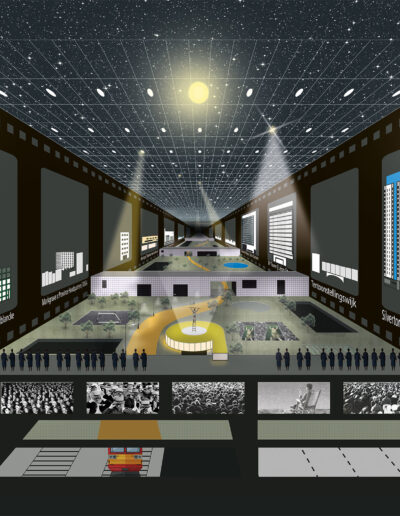 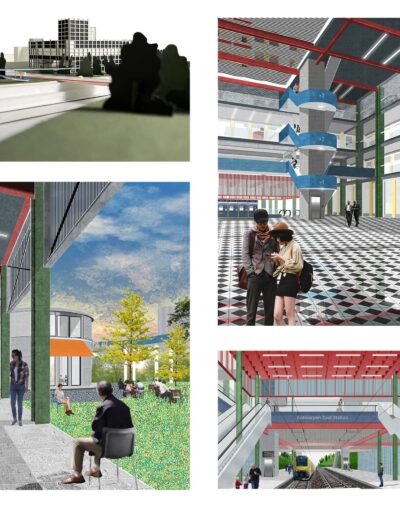 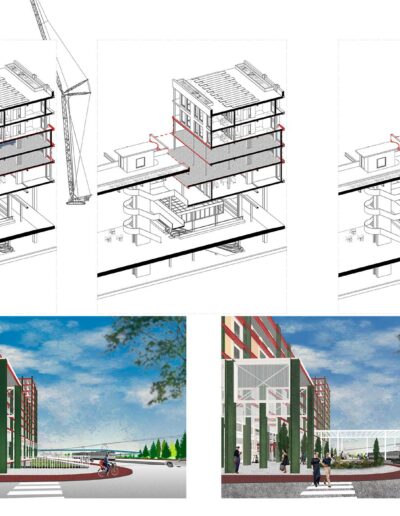 An adaptive infrastructure that, like a city, changes through time and space. 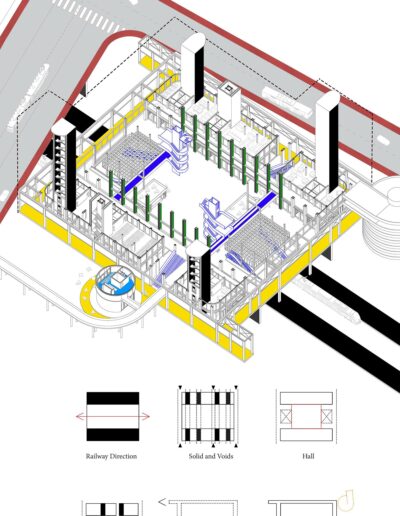 Cumulating and transferring different flows on the site

The South Station is a train station and also a station where you can permanently or temporarily live and participate in city life. The station is a theatre for city life and grows with the city, which means it can adapt according to the growth of Antwerp city and its needs.

The project is about redefining the position of Antwerp South station as a focal point in the void ring landscape of Antwerp for the city’s future development. The South station becomes a focal point in the ring landscape to bring structure to the spatial organisation of the site dominated by vehicles like trains, buses, trams, cars and bicycles. The space occupied by these means of transport becomes a rigid boundary, leading to the feeling of fragmentation of the site and the surrounding neighbourhood. The Ringparks and the development of South Station can soften these boundaries by introducing porosity.

In the book Antwerp: Territory Of A New Modernity, Bernardo Secchi and Paola Viganò describe Antwerp as a water-city, a harbour-city, a rail-city and an eco-city. Furthermore, they see the multitude of characteristics of Antwerp as a framework for the city’s future development. Therefore by linking the Antwerp South Station with the future promenade of the Ringpark Zuid, the South Station connects with the river Scheldt and the city of Antwerp.

Historically Antwerp grew from a small port city to a major city in Flanders. This development went hand in hand with different (military) infrastructure like the Spanish fortification, Brialmontfortification, the development railway network and the ring of Antwerp. These infrastructures and the space surrounding them became a later framework for the future growth of Antwerp.

Similarly, the new South Station is an adaptive infrastructure that acts as a framework that anticipates future spatial and social changes.